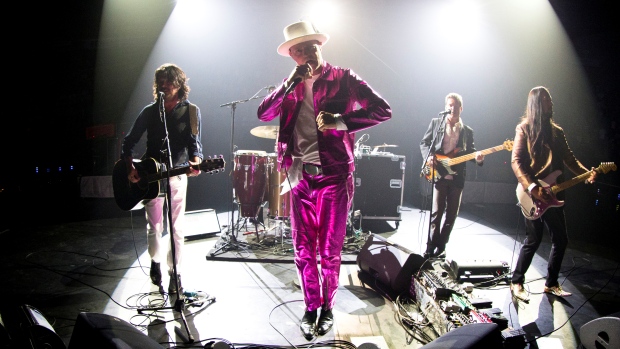 I check my email.  There is my schedule from work for the week ahead.   I pretty much already know what to expect…we’re in the second and final week of the Rio Olympics.  Upon a cursory glance, no surprise there, Olympics, Olympics, and more Olympics all week.

But wait, what’s this?

On Saturday, August 20th, slipped in between all that Olympics coverage, something unusual, “Tragically Hip: A National Celebration”.  That’s right, their final concert broadcast live on CBC.

First, there was the sad news that Gord Downie, the lead singer of the Tragically Hip, had been diagnosed with glioblastoma, a terminal brain cancer. Then, not long after, the exciting announcement that the Hip would tour for what many believed may be the last time. And finally, that CBC would air live on national television the final concert of that tour to be held in Kingston, Ontario, the town where the group originated.

Well, it’s only Friday.  I have over a week to worry about what covering the Hip concert will entail.  Right now I’m in the throes of the Olympics and have tunnel vision.

Even so, I start to wonder.  What songs will they be singing?  I’ll need to put those lyrics in.  I Google “Man Machine Poem” “songs sung” and, wa-lah, an article listing the songs they’ve been singing on this latest tour.

Okay, good.  I feel better.  Always good to know at least a little bit what to expect.  I’ll worry about it later, right?

The emails start to come from the boss.  Are you a Hip fan?  This is a big deal.  We’re getting you a backup captioner.  (Uh-oh.) There’s a set list, but it’s confidential.  We need you to sign a non-disclosure agreement.  (Oh boy!)

CBC has just sent us an email outlining how important and high-profile this is.  Here’s the lyrics to all the songs, but the set list could change all the way up until the very start of the concert.   Be prepared for anything. (Stress level 8!) 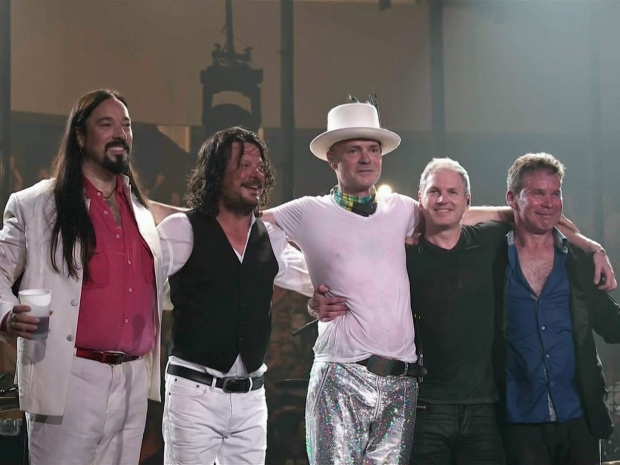 Early Saturday morning, the day of the concert, I’m putting the lyrics of 33 songs into my captioning software all the while keeping my fingers crossed that they don’t change the order of the songs nor the songs themselves.

I take a break, try to calm my nerves by watching the news.  That doesn’t work.  There’s thunderstorms coming in, should be rolling through just about the time the concert starts.  Perfect.  Losing power would be all I need.  Thank goodness for Susan (a.k.a. “the backup”).

About 4:30pm that day, another email comes in.  They’ve added three new songs.  Okay, I can handle that.

I start off a little shaky.  Try to settle the nerves.  I get through the first three songs and I start to calm down.  It all goes off without a hitch.  The preparation has paid off.  All that worrying for nothing.

Had I known the day I received my schedule that 11.7 million people would be tuning in, I probably would have tapped out, but I am oh so glad I didn’t.  It was an awesome experience.  I was humbled and honoured to be asked to do it.