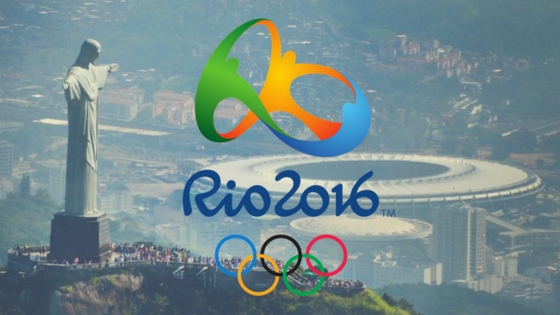 A Change of Pace

How a Captioner Prepares for the Massive 2016 Rio Olympic Games

As a captioner, I look forward to covering the Olympics. Up until a couple years ago, I was a sports captioner, recently switching to captioning the news. I was elated to hear TCG would be covering the Olympics. I have to tell you, I can’t lie, the sadness in the news gets me down sometimes. We’ve had some heart-wrenching things take place in the past six months. The devastation of the Fort Mac wildfires, the senseless killings of unarmed black men and police officers, the Amber alerts with unhappy endings, to name a few.

The Olympics are a welcome change of pace. There are so many stories of inspiration and determination. I find it so uplifting. I need this. We need this. It’s therapy. It’s like a vacation while you’re working! Too much? Okay, okay.

I’ve always likened captioning to a sport. I know, I know. Maybe that’s a stretch since I sit in a chair all day. I certainly don’t eat like an athlete or abstain from some of the things they do. (Did she just say that?)

But I do train. I do strive to better myself all the time. Like with any skill, I have good days and bad days. In school, most of us — I did, anyway — hit a wall. That speed you just couldn’t seem to get past. But with perseverance, we pushed through and were rewarded in the end. So see, we have a lot in common with the athletes and the Olympics.

So, let’s take a look. As I’m sure you know by now, the XXXI Olympiad will be held in Rio de Janeiro, Brazil. The numbers are staggering – over 10,000 Athletes, 206 Countries, 28 events. Prepping for this as a captioner is overwhelming, to say the least. But like with any huge task that needs to be tackled, when you break it down into smaller pieces, it becomes doable.

Here are a few tips.

Things you can do now.

Shorten that writing. Sports can be wonderfully redundant. Here are a few briefs I have that are Olympics (PLIKS) oriented: Team Canada (TAO*EK); Gold medal (G*M); Silver Medal (S*M); Bronze Medal (B*M); championship (KH*EUP); Rio (RAOE). If these conflict with something you already have and you just can’t seem to come up with a brief on your own, Briefpedia.com is a great resource. Free of charge. You simply plug in a word and it gives you dozens of choices. It even lists what it may conflict with in your dictionary already. Love that website!

Speaking of websites, there are some great websites out there in preparing for the Olympics. Not just the official Rio Olympics website, but our own CBC is a wonderful resource. And because CBC is covering the Olympics, if there is an article on that website about your event, you can almost guarantee that the names in that article will be mentioned on air during the event. It’s like a cheat sheet for captioners.

Once you know what you’re covering….

Familiarize Yourself with the Event 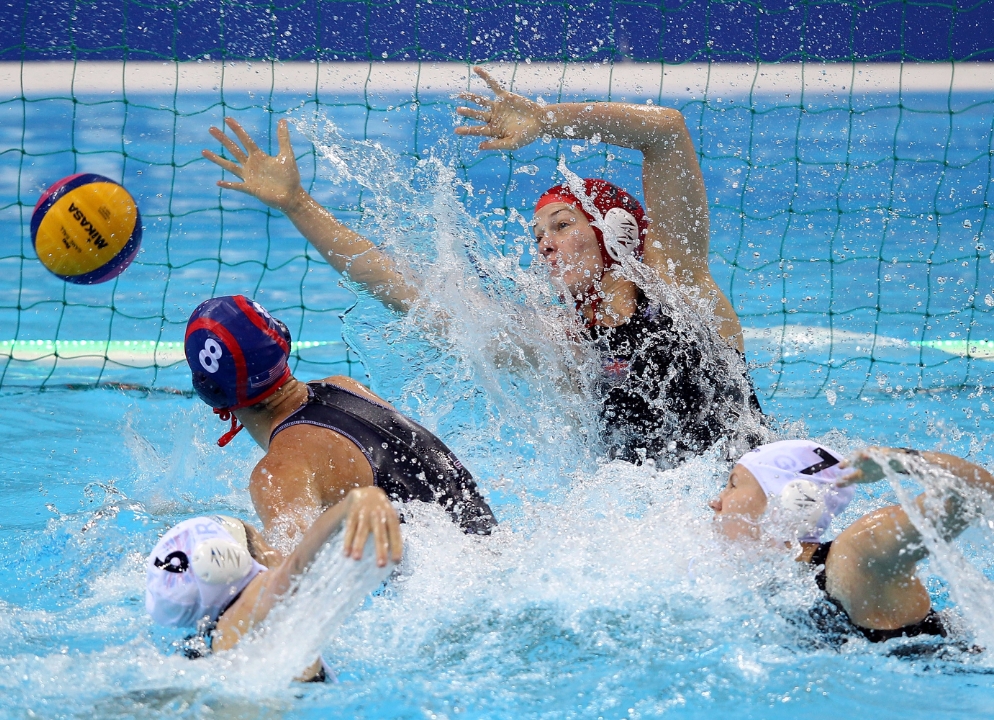 Wikipedia can be your best friend when it comes to events we’re less familiar with. For example, in water polo (WOEP), there is a goalkeeper (GLAOK). They may refer to an egg-beater (the way they move their legs to tread water), sloughing (intentionally fouling a player), and kick-out (ejection from the game). Knowing these terms ahead of time, if you’re unfamiliar with the sport, helps you glide through those, what I like to call, “deer-caught-in-headlights moments” where you freeze because you think, Is that what they just said? 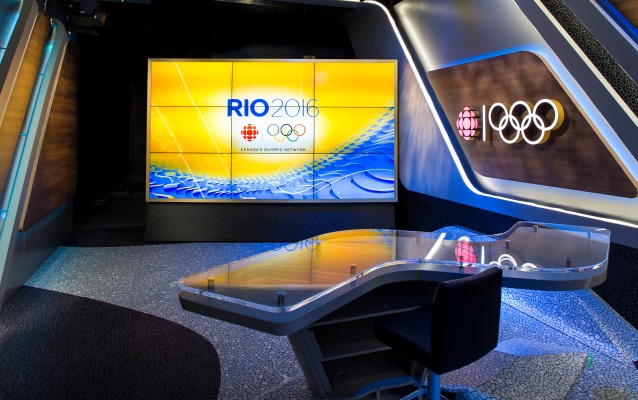 Usually, the same commentators will cover the same events. They, too, like us, have to become experts in the events they cover. Like hockey, usually one commentator does the play-by-play and one does the colour commentary. It may be hard to find this information, but that’s what commercials are for, right? (Shhhh, I didn’t say that.) 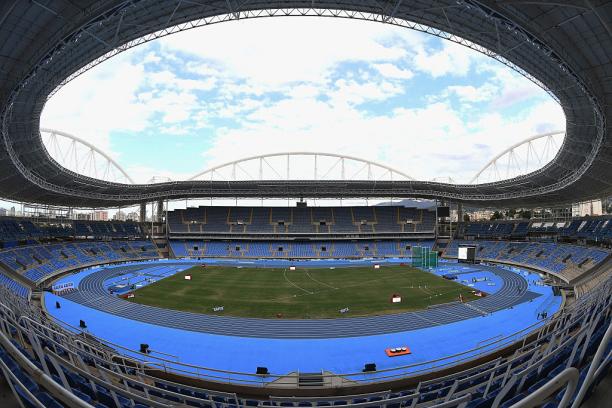 Use the official website and/or the CBC website to determine the venue. Or, if you’re lucky enough to work for a place that puts together a prep document with all that information listed like I do, it’s listed right there. (Wink, wink — yes, that was me kissing up to the boss.) Anyway, Water Polo has two venues, the Maria Lenk Aquatics (KWAUKTS) Center and the Olympic Aquatics Stadium. They’re bound to mention it off the top. 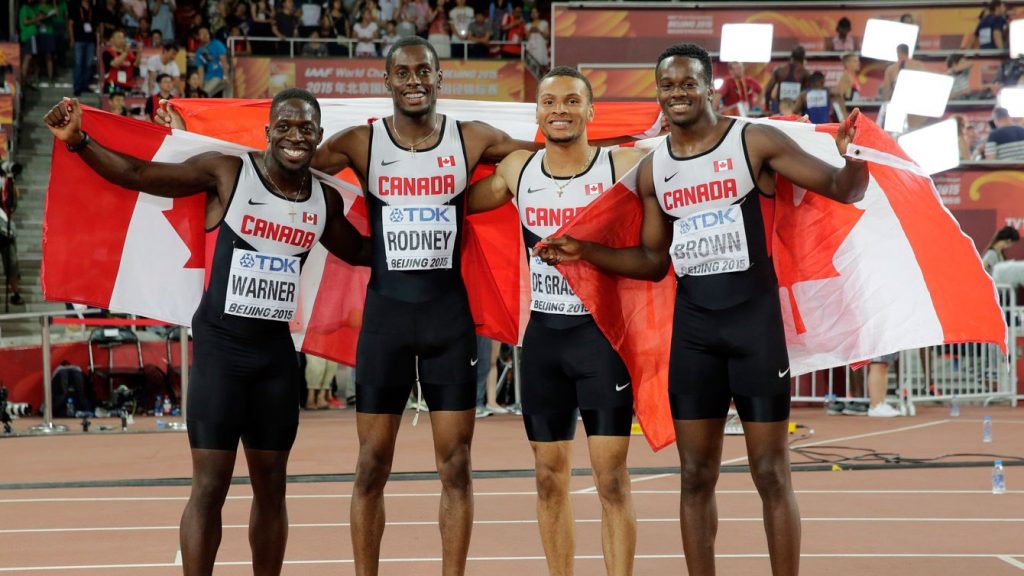 “But all the names…” That’s what I always hear from fellow captioners when it comes to covering sports. And it’s true. It’s overwhelming.

We have to enter all those names in our dictionary, because, unfortunately, they don’t magically pop up spelled right. It’s one thing to cover NHL hockey, where once you get the names in, you’ll use them over and over again.

But, with the Olympics, unfortunately, some of these names will be one-and-done, meaning you’ll hear them mentioned maybe once and never again. Trust me, the people with those names are more upset about it than you.

So, the names. You probably have a few in your dictionary already. You know the ones, the seasoned veterans. The ones we hear over and over again. The ones we’re familiar with whether we want to be or not. Usain Bolt, Serena Williams, Usain Bolt, Oscar Pistorius, Usain Bolt — get my point? (Tip: Make a brief for Usain Bolt (BOULT).

And then there are our favorite Canadians whose careers we’ve followed for some time now. Andre de Grasse, Brooke Henderson (yes, golf is in the Olympics for the first time this year), Shawn Barber, Tristan Thompson, and on and on, with 300 Canadian athletes in all. But will I enter all 10,000 Olympic athletes’ names into my dictionary? Are you crazy? No way.

I go to one of those websites I mentioned before, official or CBC. Click on the event I’m to cover. There, magically, the names will be listed. Say you’re covering beach volleyball. There aren’t many names. That’s easy. Put them all in. But if you’re covering an event that has 100 names, while I try to put them all in, I pay special attention to Canadians, Americans, headliners (those in the news) and the top 20-30 (they’re usually ranked on the website) and make sure those are in my dictionary.

What about the foreign names? Chances are because we write phonetically, we may not pronounce it the same as the commentator, so when we write what they say, even though we made that entry in our dictionary, nothing comes up even after doing all that work. Hmph. Hate that.

But here’s one way around that and I’m sure there are many more.

One of my captioning mentors once told me “write what’s in your mind’s eye.” I really never understood what she meant until I began working and really building my dictionary with names. For example, Martin St. Louis. When I was a rookie and had never heard that name pronounced properly and put it in my dictionary before actually hearing it, I American-ized it, i.e., MAR/TIN/SAINT/LOUIE. Ugh. Very different than how it is actually pronounced. That’s one of those “deer-in-headlights” moments I talked about earlier. What did he just say? But when I think of his name in my mind and picture how it’s spelled on paper, I can write it even when it’s pronounced differently. 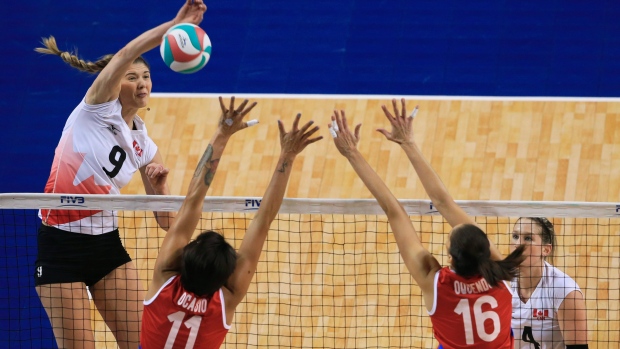 Finally, check the latest Olympic News. Google your event to see what the latest buzz is on it. A lot of times they’ll highlight one or two athletes, and as we all know, the more familiar you are with a name when you hear it, the less hesitation when writing.

So did this all seem like too much? It’s really not. If I can do it, you can do it. It’s worth it. You’ll be hooked. “Let the Games begin!”

One thought on “A Change of Pace”